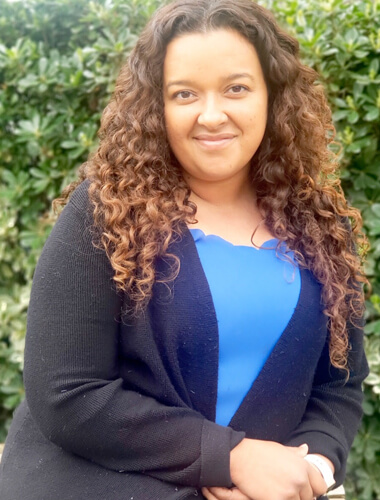 I grew up with my family straddling the border with one foot in Brownsville, Texas and the
other in Matamoros, Tamaulipas. My paternal grandfather was a Mexican Citizen who joined
the U.S. Army and fought in the Korean War. Later, after earning his U.S. citizenship, he worked
on the puente of the International Bridge collecting tolls from border crossers, but kept his
small ranchito outside of Matamoros that we visited on weekends and for family gatherings.
My maternal grandmother, also a Mexican citizen, had some of her 14 children in Brownsville
and some in Matamoros. Her husband was a migrant worker, and rather than give birth alone
when he was out of the state, she would go back home to Matamoros to be with her parents
for those births. As a result, my aunts and uncles have a wide variety of immigration statuses in
the United States. Migration and fluid binationality are concepts that shaped my youth and I
took the ease of it all for granted. Then in 1993, when I was about 11 years old, things began to
change. The border was seen as a dangerous area and every presidential candidate since then
has offered their solution to the “border security crisis”. This relatively new idea of a “hard”
border, one with walls, checkpoints and paramilitary officers interrogating and harassing
crossers, shocks me, and I know that it only serves to put lives at risk and separate families like
mine. I knew from the time I left home for college that I wanted to spend my life fighting for
the rights of border crossers.

I graduated from UT-Austin in 2005 with my bachelor’s degree, double majoring in Mexican-
American Studies and Government. In law school, I helped open the San Antonio office of the
Equal Justice Center, specializing in recovering unpaid wages for people regardless of their
immigration status, and volunteered with the St. Mary’s University Law School Immigration and
Human Rights Clinic.

I graduated from St. Mary’s Law School in 2010 and received a Texas Access to Justice
Fellowship to continue working with the Equal Justice Center, but this time back home in
Brownsville. In 2011, I accepted a position with the ACLU of Texas to open their Border Office
and to work on Immigrants’ Rights Law and Policy. While with the ACLU, I had the opportunity
to visit immigration detention centers and federal immigrant prisons, and interview detainees
about the conditions of their confinement; testify at Congressional briefings arguing for the
decriminalization of migrants; write Amicus Briefs about the unconstitutionality of cross-border
shootings by Border Patrol agents; sue Border Patrol agents for unconstitutional body cavity
searches; and testify against anti-immigrant bills at the Texas Legislature. While I loved my time
with the ACLU doing “impact work”, finding resolution for those cases took years, and I was
ready to help people with their immigration issues directly. Since 2013, I have been doing just
that as a private immigration attorney and through my volunteer work with the City of Austin and A.I.S.D.